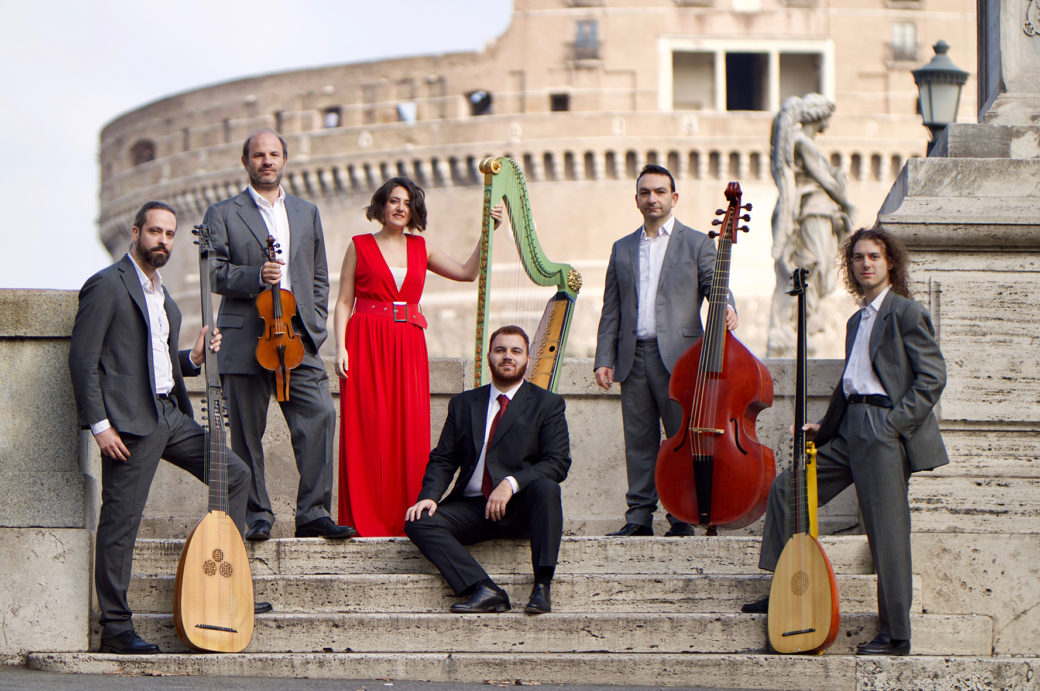 Substantial excerpts from an epoch-making volume of songs by the court composer to the Medici family.

Nowadays Giulio Caccini is best known for his contributions to a selection of 16th and 17th century Arie Antiche which form an essential component of every young singer’s training. Born in Rome in 1550, he moved to Florence as a teenager and died there in 1618 having become the city’s pre-eminent composer at a time when it attracted wealth and people from around the world.

In 1602 he published a collection of his works which promised, as the title implied, a new kind of music which spoke with what he identified in his preface as ‘a certain noble negligence of song. In doing so, one sometimes used several dissonances while sustaining the bass note. […] Never before had anyone heard the euphony of a single voice, to a single stringed instrument, […] which had so much power to move the affect of the soul.’

The texts of this collection dealt with love, its torments and periodic fulfilment. The technique of his musical settings was placed entirely in the service of these texts so that they would speak to the listener as directly as possible, enhanced and not obscured by the harmony. He did this by simplifying textures and reserving dissonances for exceptional expressive effect: a technique that would come to exercise an enormous influence on his immediate successors, most notable among them Claudio Monteverdi.

The tenor at the heart of this Caccini collection is Riccardo Pisani, born in Rome and trained there at the prestigious Accademia di Santa Cecilia, where he studied with the distinguished early-music contralto Sara Mingardo. He has taken the title role in Orfeo with Rene Jacobs and sung more Monteverdi with world-class ensembles such as Concerto Italiano and La Venexiana. This album marks his debut on Brilliant Classics.

Giulio Caccini (1551-1618) was a celebrated Italian composer, singer, instrumentalist and teacher. The Duke of Tuscany, Francesco de Medici, was so impressed by the voice of the young man that he took him to his court in Florence, where Caccini stayed the rest of his life.
Caccini’s new musical language changed the course of music history and laid the foundations for the modern Opera. In his “Le Nuove Musiche” (the New Music) he eschewed complex counterpoint in favour of a new monodic style, in which a solo voice is supported by a rich continuo, putting the expression of the poetry and its emotions to the foreground.
This new recording contains arias for tenor and basso continuo on secular Italian texts. Italian tenor Riccardo Pisani is the ideal interpreter for this heart-wrenchingly beautiful music . He is supported by a continuo of violin, violone, lute, harp, theorbe and guitar.
The booklet contains liner notes in English and Italian. The sung texts are available on the Brilliant Classics website.