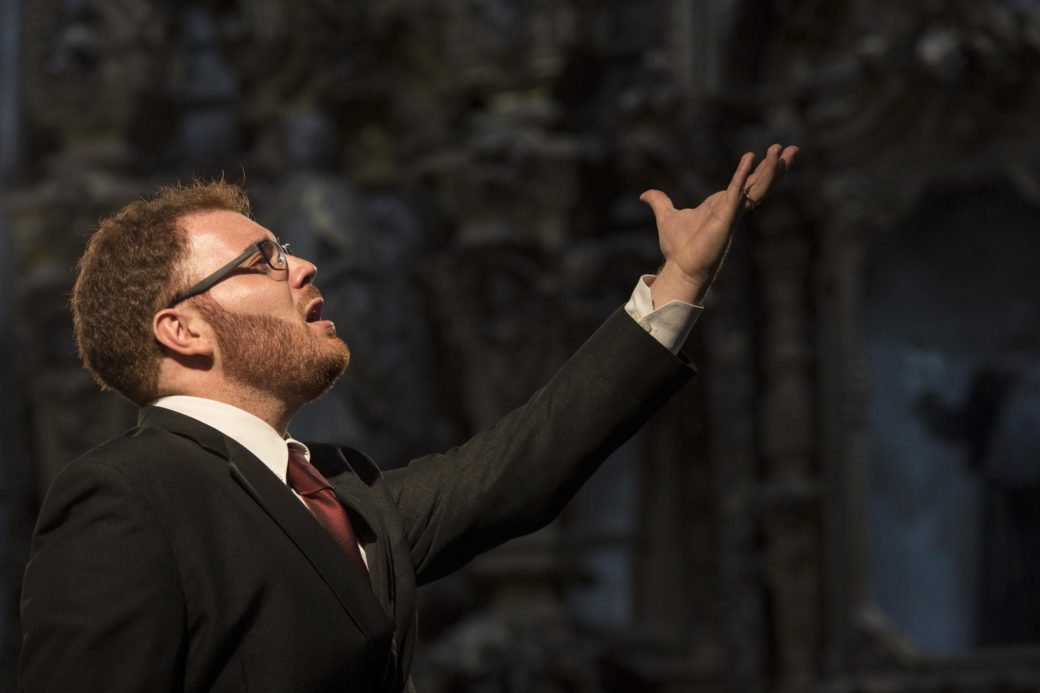 “Pisani’s baritonal tenor is refreshingly full, resounding, and well supported, with an easy command of rapid-fire coloratura that sometimes eludes larger voices. His flawless diction is not merely one element of a technical checklist that he has mastered through study, but an actor’s tool that he wields deftly in order to extract maximum meaning from every word and create a dramatic world for each song. The reward of hearing and watching a singer like Riccardo Pisani is to feel that you understand the words yourself because of the color and contrast he deploys in the service of the text, and that you are being led into a new and gripping story with every song. I find his way of singing a refreshing rebuke to the English choirboy orthodoxy that has seemingly held a chokehold on baroque singing until very recently.”

“Pisani’s robust, dark, sizable, easily produced tenor is closer to the sound we associate with nineteenth-century romantic opera than with Early Music. He brings resonance, clarity and ideal diction to the table […] What made Pisani’s interpretations particularly interesting was the style of ornament. We know the goat-trill from Early Music performances of Monteverdi’s operas, but Pisani made little use of it. He was more inclined to swell a meaningful word to give poignance to a line or a figure of speech […] There were effects when Pisani sang these verses last Friday of wind and storm, of pain in suffering love, of time drawn out and life cut short, in the twisting or extending or coloring of a significant word or phrase in a style that might seem naïve if it were not so beautiful, so genuinely musical, so sophisticated a part of the poetry and the musical line. He exults when he invokes the goddess of music, “Odi, Euterpe, il dolce canto,” but then, he’s earned the right to do so. So did Caccini.”