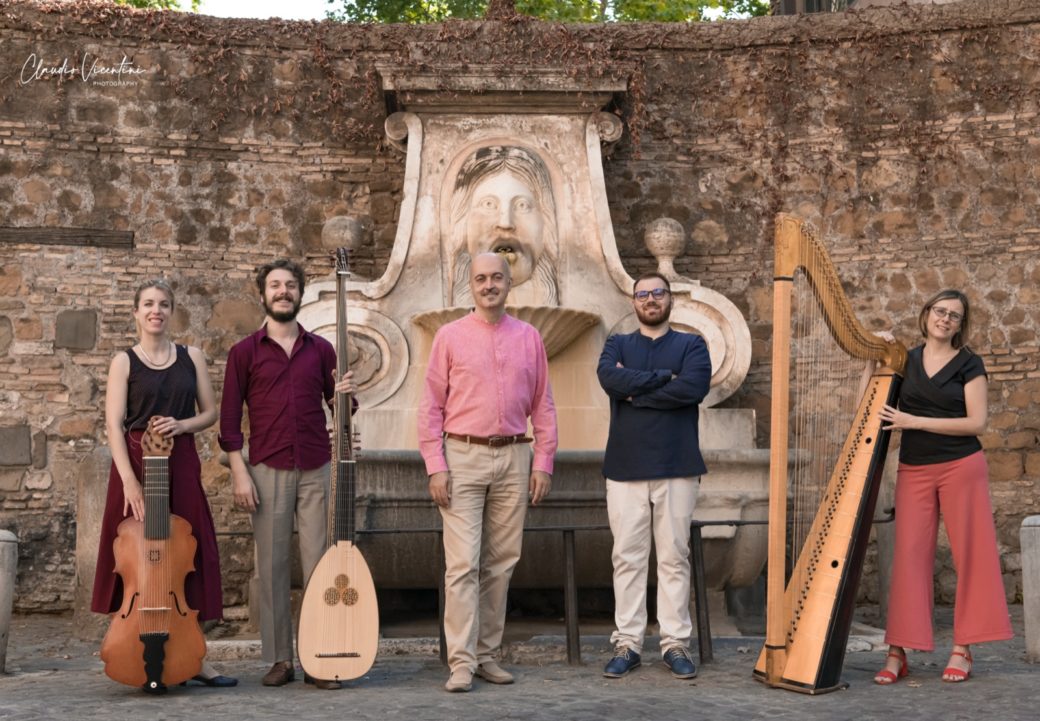 The first monographic recording entirely dedicated to Francesco Rasi is released for the 400th anniversary of his death (30 November 1621). The first interpreter of Monteverdi’s Orfeo, an astonishing tenor and poet with a life studded with triumphs, constant travels, debts and murders, this native of Arezzo was fought over by all the courts of Italy and Europe. The pieces, on texts by Petrarch, Guarini, Chiabrera and Rasi himself – including ten world premieres – are taken from the Vaghezze di Musica (1608) and the Madrigali (1610). Tenor soloist Riccardo Pisani explores their extraordinary poetic and musical power, in a kaleidoscope of affects divided into seven ‘strings of the lyre’. He is accompanied by the Ensemble Arte Musica, directed by harpsichordist Francesco Cera. The two artists have been collaborating for years on rediscovering the Italian vocal repertory of the seventeenth century, as witnessed by the recent success of their set of Frescobaldi CDs, released on Arcana.

The kithara of seven strings

The rediscovery of the musical repertoire of the early 17th century has substantially overlooked Francesco Rasi. And yet this extraordinary composer, poet and instrumentalist was one of the leading figures in the birth of opera and solo song, and his artistic production offers superb examples of that fusion of music and word that is most effectively summed up in the phrase “recitar cantando”. In the year of the 400th anniversary of his death (30 November 1621) we here pay tribute to his compositional work, the most private facet of an artist who was widely acclaimed by the courts of Italy and Europe, while leading a life studded not only with triumphs and continuous travel, but also debts and even murders.
Recitation and song, poetry and music, verse and sound: these are the qualities that come together in Rasi’s creative spirit, just as they did in those ancient singers of the classical age whose legendary reputation the early Seicento aspired to resurrect. In order to highlight this dual aspect of Rasi’s work, we have drawn inspiration from his literary output, and particularly from his poetic anthology La Cetra di Sette Corde (The Kithara of Seven Strings), a work divided into seven distinct parts. Each “string” is dedicated to a prominent person of his age and contains panegyrics, fables written to be set to music, and other poems. The image of the kithara stands therefore as a metaphor for our recording project, as if the sound of each vibrating string were to resonate with a specific affect. The seven strings, to quote Rasi himself, penetrate the heart and interconnect in an ideal loving relationship evoked in poetic language bearing the familiar stylistic features
of Petrarchism. Love induces effects, or rather affects: in particular it is an invincible amorous disease that provokes emotional reactions of disconnection and disruption. But here we are dealing with not just a story told in verse, but also the interpreter of Orpheus, the singer-poet. A celebratory prologue immediately introduces Francesco Rasi as a master in the art of favellare in armonia (speech in music), which, to follow Caccini’s advice, must come as close as possible to the natural favella (natural speech). And thus, before our eyes, is born a story made up of sounding strings, the strings of the human soul. Each “string” is introduced by an instrumental piece from Rasi’s period: four solo pieces and three arias associated with the cities that witnessed his artistic successes (Florence, Mantua and Rome).
The journey begins with the earliest instances of amorous agitation and praise of the woman (“Filli mia”), the amorous glances (“Un guardo”) and the beneficial effects of love (“Cor mio mentre vi miro”), then passes on to sudden separation and betrayal (“Deh, come in un momento”), and ends with the moment of memory (“O rimembranza amara”). This mosaic of affects and their antitheses, which is perfectly conveyed in Petrarch’s renowned sonnet “S’una fede amorosa”, is presented narratively in the sonnet “Ferma Tersilla mia”, the only time an external observer watches a distinct theatrical actio and reveals to us a
bitter finale (out of which, however, love emerges strengthened). It is a work in the stile rappresentativo (the new dramatic style), a poetic drama in which the space and time of the event are eternally fixed in the flow of the music; a drama that incidentally also had its echoes – of a distinctly Caravaggesque nature – in the life of Cavalier Francesco Rasi himself. We feel it is highly likely that the four sections of this splendid lament would have originally been interspersed with instrumental ritornellos (perhaps not included in the edition for the sake of brevity). Each of the instrumentalists has therefore composed his own ritornello in the style of the period, on the basis of a harmonic progression used by Monteverdi.
To conclude our journey to the heart of the Italian Seicento, a mysterious force drags us away from the humane miserie in favour of a happy epilogue and a love that has become mature and worthy of brighter days and joyful reunions. This safe harbour, or spiritual refuge, is recounted in the madrigal “O pura, o chiara stella”, here accompanied by the harp alone. As a rule Rasi would accompany his singing on the chitarrone, but he favoured the harp for music of a spiritual character or for moments of greater emotional intensity in the operas and in his more private performances, earning him the warmest applause from his audiences. Rasi was not only a protagonist of the new performing style of monodic singing, but also a genuine singer-songwriter ante litteram who followed the models pioneered by Caccini and Monteverdi and laid bare the indissoluble link between word and music.